dreams of the new world 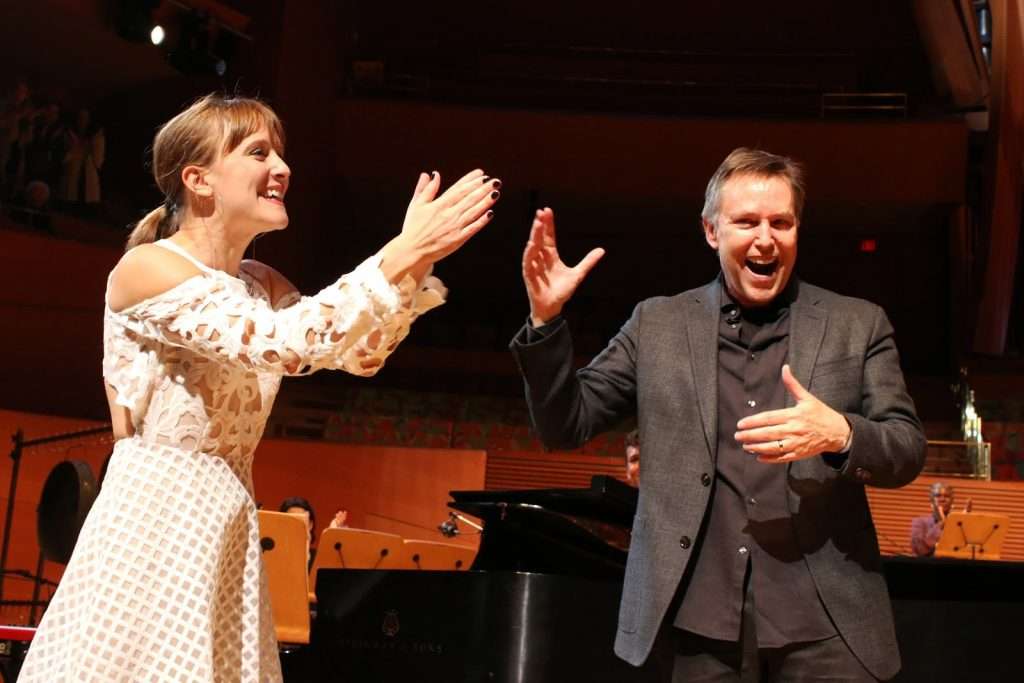 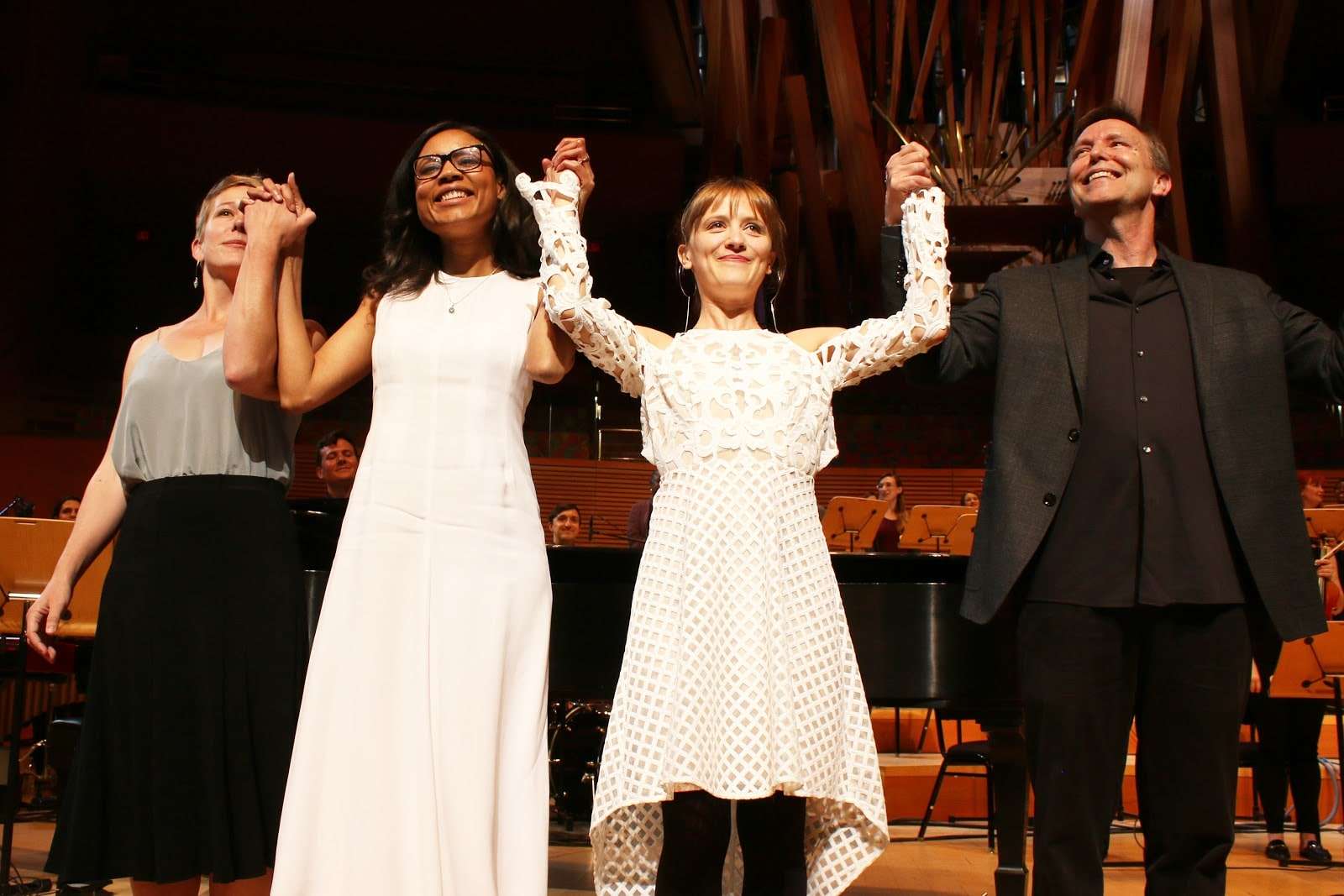 “Reid's score is wildly inventive, leaving little question about what all the fuss over her music is about.”

“It’s an ambitious musical/vocal journey that traverses a broad swatch of American history and an equally broad spectrum of musical styles and influences. Reid is nothing if not an original voice, sure and polished.” 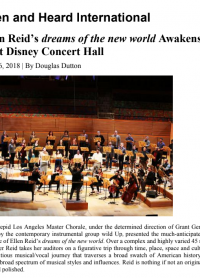 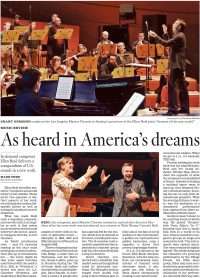 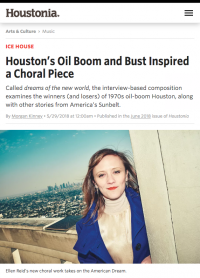 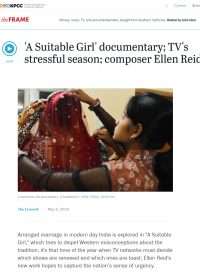 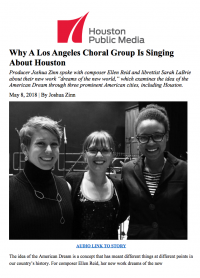 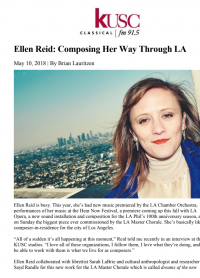 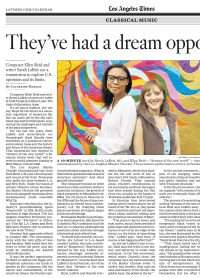 dreams of the new world is a work about living and striving in America, narrated by several dozen Americans. The piece’s libretto is built from excerpts of interviews and archival documents, stitched together to explore the different forms taken by the frontier and the American dream in the U.S. West. We gathered material for the project in L.A., Houston, and Memphis, focusing on a different historical moment in each city. To develop the work, we approached these places with questions related to place, power, and memory. We meant to excavate both the dreams and ghosts of different frontier moments, paying attention to experiences of hoping, working, remembering, and forgetting those periods. 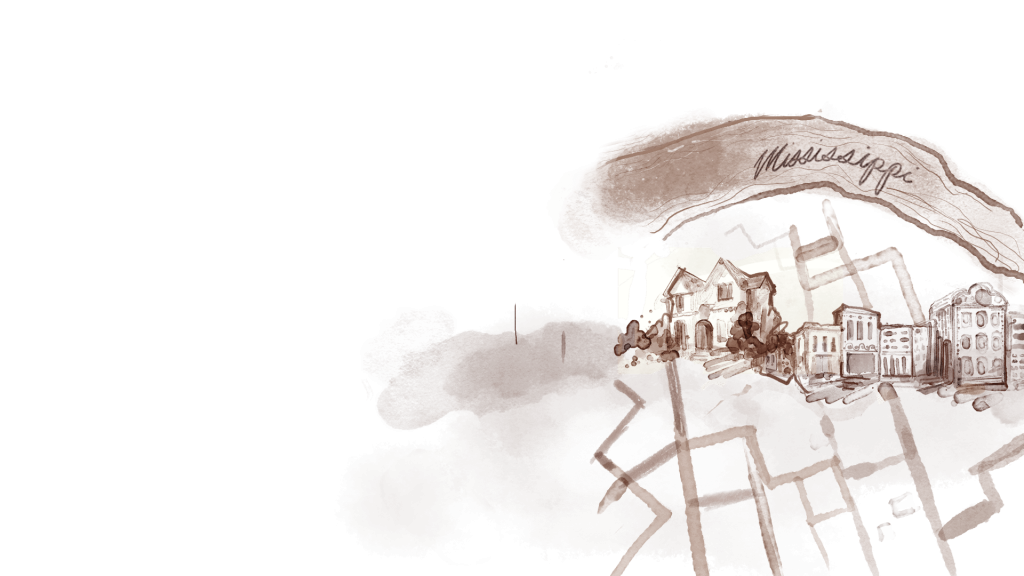 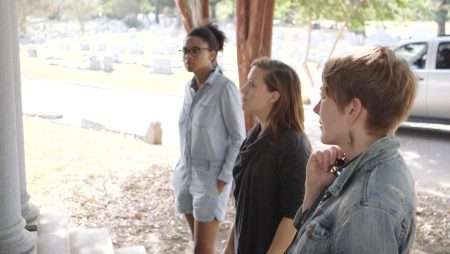 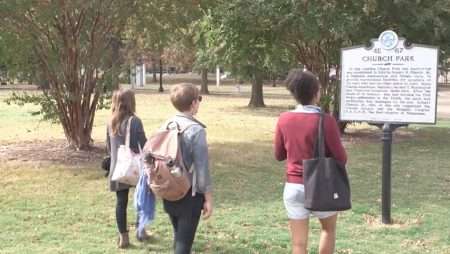 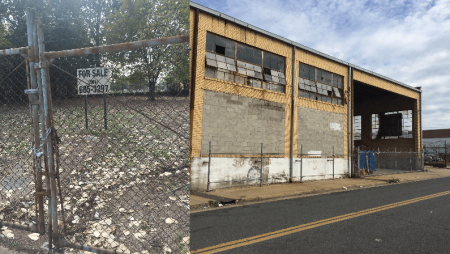 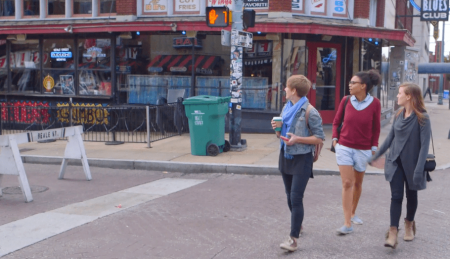 We built our account of Memphis around the story of Robert R. Church, Sr., a man born and raised a slave who devoted his adult life to ensuring a full life for freedmen and women in Jim Crow Era Memphis. In 1912, he died a millionaire, a local civil rights leader, and the owner of a sumptuous mansion on Memphis’s South Lauderdale Street. To learn about his life, we interviewed Memphians connected to his descendants, spent time with the family’s papers in the Memphis Public Library, and walked the streets where the Churches once worked and lived. But strolling along the paths of the Obama-era mixed-income development that now stands where the Churches’ home once stood, we saw no traces of the family’s stately home.

This may not seem like an obvious place to begin a discussion of the frontier or the American dream. But considering it through that lens helps illuminate the forms of aspiration, temporality, memory, and erasure that mark the experience of both. We see him as embodying the American dream, representing a frontier of possibility for African American life in the United States.

Church was the first person in the city to test the new civil rights laws that empowered Blacks to purchase property. He won and opened a popular saloon, making him at once a target for disgruntled whites and a symbol of the possibilities of the new era to Blacks. He amassed properties on and around Memphis’s Beale Street, creating a hub of commercial activity and community life for Black Memphis. In 1884, Church moved his family into the mansion on South Lauderdale Street. He also began to play a powerful, behind-the-scenes role in city politics, helping negotiate civil service jobs and policy concessions. His work supporting Black intellectuals and sustaining the Black vote in the city contributed to the sense that a rising tide of African American enfranchisement and power was in the making during the era.

Over the course of Church’s career, he witnessed the steady expansion of segregationist Jim Crow laws in Tennessee. As in states across the South, Blacks and Memphis found themselves increasingly denied access to public spaces, including parks, schools, and trains. One of Church’s most-cited achievements, the development of a sumptuous public park at the bottom of Beale Street, was actually a response to this rising tide of exclusion. Things didn’t improve following Church’s death in 1912. Near the end of the ‘30s, political boss (and former mayor) Edward Crump orchestrated the seizing of the Church properties. The Church mansion was torched in 1953, and segregated housing projects were built in its place.

All that Church pioneered and symbolized gradually faded from public consciousness. In Memphis we sought out traces of the Church family’s legacy and memory. We asked Lyft drivers and waiters if they’d heard of the family, but no one was familiar. Cross-referencing histories and Church’s will, we developed a map of land once owned by the family and followed it on foot. Many of the lots were vacant, and the site of the family home remains unmarked. Standing around the Church plot in the Memphis cemetery, it was hard to not to feel a certain heaviness weighing down on us.

The story of Robert Church helps us see how the concept of the American dream relies on selective erasures – of violence, failure, exploitation, and dramatic busts – to retain its smooth surface and sense of triumphant trajectory. But what of the more extreme case, when a dream, once realized, erodes? These stories don’t fit into the directional narrative we typically associate with the concept. We might even say that the idea of the dream relies on the ongoing erasure of such retreats, to continually slot the present into a hopeful, forward telos. 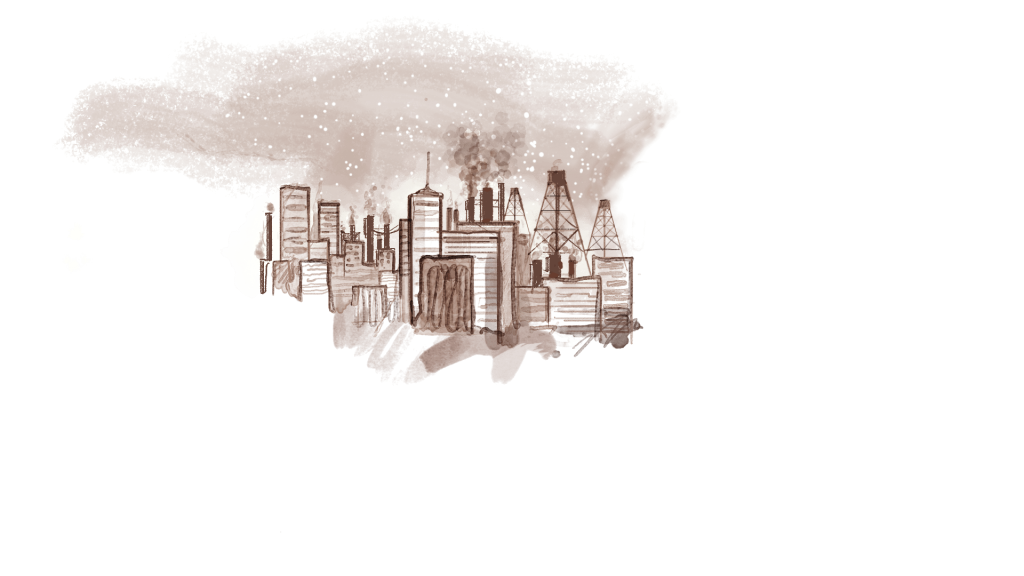 In Houston, we focused on oil, the substance that one of our interviewees called “the black blood that runs the city.” We explored the boom period created by the confluence of improved offshore oil exploration and the 1973 oil embargo. It was a time when a huge amount of wealth sloshed through the city, a moment when the American dream felt accessible, even close at hand. To develop a sense of the period, we interviewed a range of people with ties to the oil industry and immersed ourselves in oral histories housed at the University of Houston.

Today, the imprint of the ‘70s on the Houston’s landscape and psyche is hard to miss. We drove past the city’s downtown skyline repeatedly during our time in the city, and noticed that the skyscrapers’ shapes and shine felt somehow anachronistic. The period also loomed large in the memories of the people who spoke with us. But over time, we came to recognize that the lean years that followed remain equally present. We heard about companies that boomed and busted, empty wells and fancy cars and refinery explosions and cushy pensions. While some people assured us that their families and businesses came through the frenzy intact, no one forgot the downturns. Progress along this frontier, whether it was measured by prosperity or oil production or offshore drilling technology, was not understood as ever-advancing forward. Here, the pursuit of the American dream gets articulated in terms of a repeating cycle of expansion and contraction. “The boom was like any boom, like drinking too much champagne or something” Bill Arnold, a business professor with close ties to the industry, told us with a wry smile. He then went on the recount hangover, in the form the almost-empty highways, restaurants, and even offshore drilling technology conferences of the ‘80s.

In an oral history conducted by the Minerals Management Service, longtime engineer Joe Young described the industry’s approach to the waters of the Gulf during that period in the following terms:

“That was just the way it was. It was believed that the Gulf was completely recoverable, you know – that anything that happened to it, it would just heal itself. You didn’t have to worry about . . . the main thing was the shrimpers would holler about getting that net snagged on all that junk you were throwing in there. All kinds of iron like those cans and that stuff.”

Others spoke about the dangerous conditions on rigs and refineries back in the day, of limbs and lives lost before the rise of rigorous safety protocols in recent decades. Looking back, this sense of danger and loss surfaced as a steady undertone to the exuberant accounts of grasping economic security and, in some cases, great wealth. The libretto weaves together these currents of feeling, holding space for the celebratory as well as the devastating. 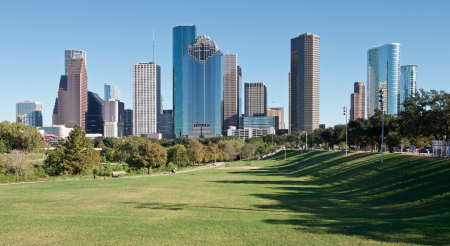 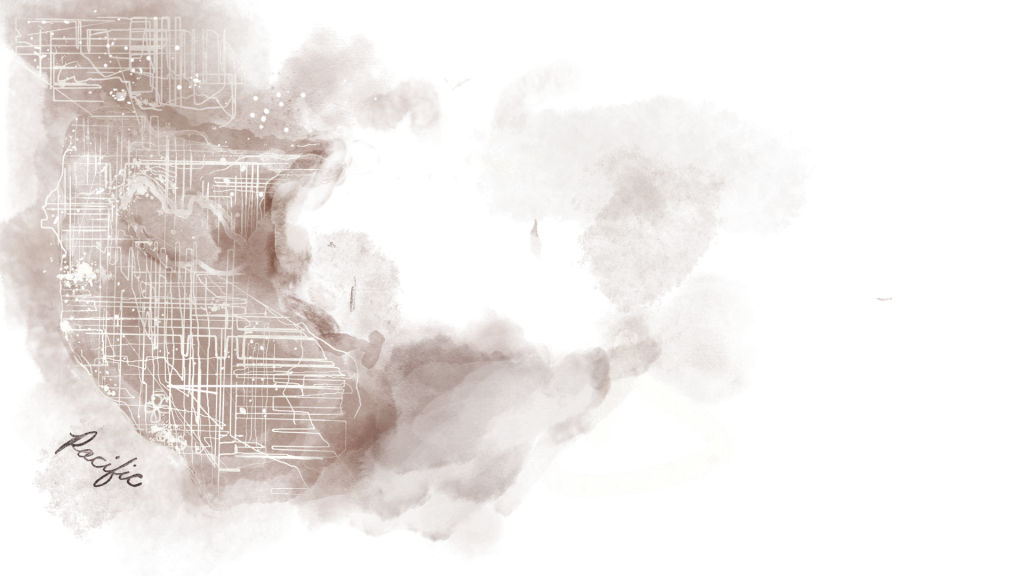 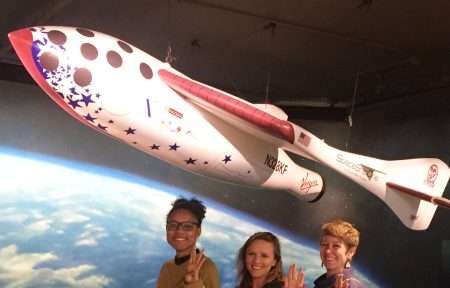 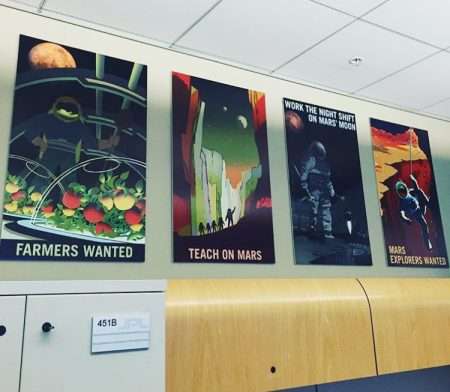 Los Angeles, located at the westernmost edge of the United States, has always fit comfortably within American frontier narratives. Perhaps that has something to do with why Angelenos have long been oriented towards frontiers farther afield. As one of our interviewees, put it:

“Throughout history we have people driven to explore, to go where there’s nothing and build up a life, and we saw that with explorers coming over from Europe to find the way across the world and we moved out through the frontier and we started on the east coast and we moved west until we hit an ocean. And then we explored the rest of the world and now we’ve mapped the entire world. There’s nowhere left to explore here, there’s the oceans and space and the oceans are finite but space is infinite.”

This narration of the history of the United States and the frontier erases the experiences of many Americans. Even so, such stories shape the way some people understand themselves and their work. For a growing community of Angelenos, the stars serve as the next frontier – and so, we sought them out. Today, due to the presence of relatively young, large companies like SpaceX and Virgin Galactic, along with a growing gaggle of smaller “space startups,” there’s a new sense of energy and motion around space exploration across greater L.A. Our research turned up local space fashion designers and shows, investors and incubators, and contests for designing a functional city for the surface of Mars and landing a privately funded spacecraft on the moon.

Not everyone we spoke with celebrated dreams of extraplanetary exploration without caveats. Adam Steltzner, a NASA engineer, recoiled when we asked him about the possibility of colonizing Mars. “If we can’t do it here, we won’t do it there,” he intoned. “So many times people think of space colonization as a solution to problems of humanity and the environment here, and I do not see that as a solution.” Rather than colonization, Steltzner’s powerful desire to explore space was oriented toward the process of charting and understanding new terrain, along with its potential benefits for the species. He spoke forcefully about what he sees as the broader social effects of this striving:

“When Neil Armstrong chose the words he was gonna say, which are ‘one small step for man, one giant leap for mankind,’ I think he was telling us that – he was hinting, but that his exploration was our exploration, that he was carrying us with him. And I think that he became more – he felt more through that act, and I think we all felt more through that act. And felt bigger, felt more capable, felt more possibility, whether that’s spiritual or not, I think it has a profound effect on society, can have a profound effect on society. So that’s in the large the thing I’m doing.”

Seltzner’s words go a long way towards conveying the ways in which we witnessed this frontier functioning as “a space of desire” in L.A. This outward orientation and perpetual striving is infused with powerful, almost spiritual sense of meaning – a seductive feeling of clarity and purpose.

Throughout the movement, the orchestration embodies the senses of upward motion and aspiration that mark this kind of thinking. We hope that, through its contrast with all that’s come before, such unchecked exuberance raises questions about who, exactly, might see the benefits of such striving.